Zelda Wiki
Register
Don't have an account?
Sign In
Advertisement
in: Enemies, Ice-Related Enemies, Enemies in A Link Between Worlds, Enemies in Tri Force Heroes 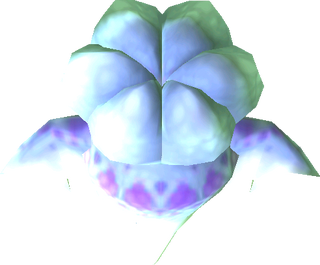 In A Link Between Worlds, Keeleons float in the air and attack by spitting Bombs at Link. They cannot be defeated with the Sword, as they float too high for it to reach. Instead, Keeleons must be defeated by either using the Fire Rod, Ice Rod, or by throwing Bombs.

In Tri Force Heroes, Keeleons can be attacked with the Sword by having the Link form a Totem to reach them. This may either require a Totem of two or three depending on how high a Keeleon is floating. They can also be reached with the Water Rod, which will stun them as well. Keeleons mainly appear in the Riverside and Ice Cavern Areas of the Drablands.

Several variants appear in the Den of Trials. In addition to Fire Keeleons in the Scorching and Frozen Zones, dark Keeleons appear in the Fortified and Baneful Zones, which attack with blasts of dark magic that harm and Curse the Link. A regular-looking Keeleon in the Flooded Zone attacks by spitting Spikes instead of Bombs.