Zelda Wiki
Register
Don't have an account?
Sign In
Advertisement
in: Objects, Objects in A Link to the Past, Objects in Ocarina of Time,
and 24 more 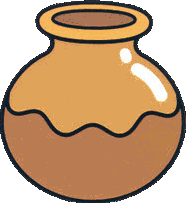 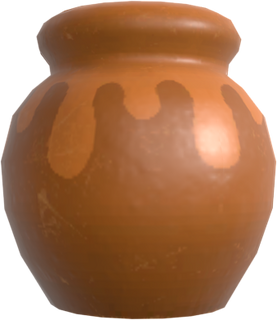 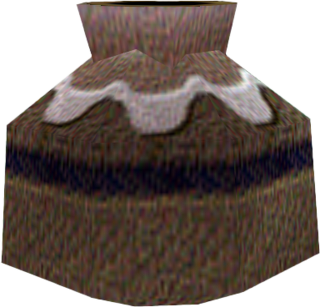 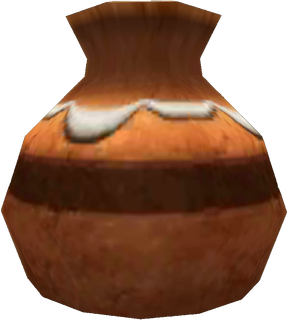 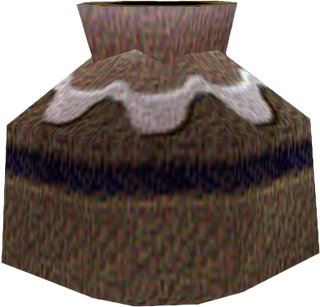 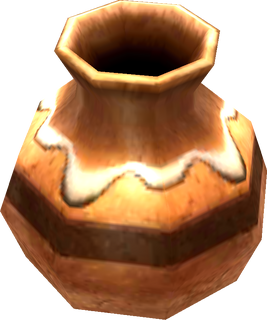 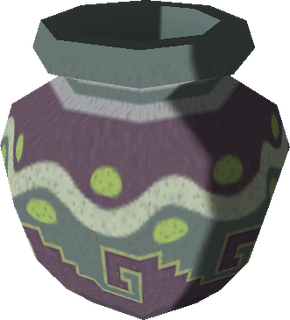 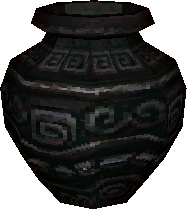 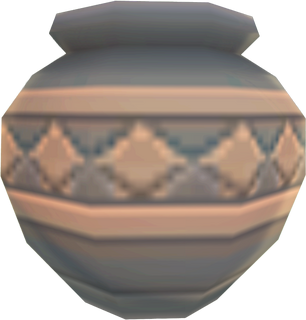 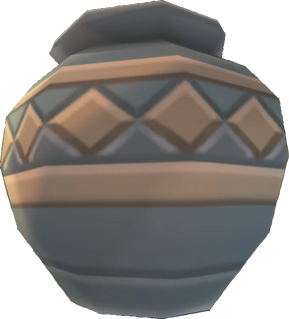 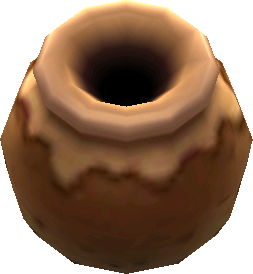 When broken, Jars may reveal items such as Rupees, Hearts, Fairies, Arrows, Bombs and sometimes Magic Jars. Depending on the game, they may also conceal other items or objects as well, such as Bees and even Ooccoo in Twilight Princess. Jars can be broken either by picking them up and throwing them, by Rolling into a wall with a shelf that houses them, or by slashing them with the Sword or another item; however, in some games, only higher leveled Swords can break Jars, or may require certain techniques to do so such as the Rock Breaker in The Minish Cap. Jars may also sometimes be used as weights and may be placed or pushed onto a Switch to activate them. The Jars in Link's Awakening, Oracle of Seasons, and Oracle of Ages require the use of the Power Bracelets to pick up and push them.

While Jars are mainly used to conceal Items, they may also be thrown at enemies as a form of attack. In games like A Link to the Past and Link's Awakening, Jars deal a significant amount of damage when thrown and can break through most defenses, instantly defeating a variety of enemies that would otherwise require multiple strikes of the Sword to defeat.

While there are many benefits to breaking Jars in the series, Link may also be punished in certain circumstances for breaking a Jar. In The Wind Waker, if Link breaks the Vase that Sue-Belle carries on her head and talks to her, she will force him to pay her ten Rupees in damages. Likewise, Link will also be forced to pay for every expensive Vase he breaks in the Auction House. In Twilight Princess, it is possible for Link to be kicked out of Hena's Fishing Holes after multiple attempts to break the Jars inside.[7] She will only allow him back inside once he has apologized.

In some Dungeons or worlds, Jars are replaced by similar objects that have an identical use, such as the Skulls in the Dark World of A Link to the Past and Lorule in A Link Between Worlds.

Link needs to acquire the Power Bracelet in order to be able to lift Jars in Link's Awakening.[8]

In versions prior to Link's Awakening for Nintendo Switch, Link must not only acquire the Power Bracelet, but also equip and use it to lift Pots.

In Tri Force Heroes, one of the Drablands Challenges in certain Levels requires the Links to safely transport a special Jar to the end of the Level. This Jar rests on a pedestal when the Level begins, and must be picked up in order for the Triforce Gateway to appear. For the Level to be completed, the Jar must be placed or thrown onto another pedestal at the end of the fourth Stage. Like other Jars, this one breaks when thrown to the ground, or when dropped by a Link as he takes damage, which causes the Links to fail the challenge. It can be safely thrown between the Links if necessary.

Found only in The Wind Waker in the Auction House and the cabana in the Private Oasis, expensive Vases of blue and white decorate the first floor and the fireplace and bookshelves in the cabana. If Link breaks one of these Vases while Mila's Father owns the house, he will not be allowed to leave until he pays the necessary amount of Rupees needed to replace the Vases. When ownership of the Auction House passes to its new owner, Maggie's Father, after Link defeats the Helmaroc King at the Forsaken Fortress, Link can break as many of these Vases as he desires without a single fine; they will be replaced the next time he enters the mansion.

Flying Pots are a recurring obstacle that commonly appear in Dungeons. When approached, they come alive and fly at Link to attack him and break on impact. When broken, these Jars may contain items usually found in normal Jars, such as Rupees and Hearts.

Appearing only in The Wind Waker, Warp Pots allow Link to Warp to other unblocked Warp Pots in the Dungeon. They are useful for quickly navigating in a Dungeon, and some Dungeons may have more than one pair.

Water Pots are large Jars filled with water. They are mainly used for extinguishing or cooling fire and magma, turning the latter into a temporary solid platform. They appear in The Wind Waker and Four Swords Adventures.

Jars appear as common shooting targets in Link's Crossbow Training. They are worth five points when shot. Broken Jars may sometimes release Rupees into the air, which can be shot at for extra points.

Colored Jars may be broken to reveal item pick-ups in Hyrule Warriors. The type of item dropped depends on the color of Jar: red Jars drop Hearts, brown Jars either drop Rupees or the temporary upgrades of sub weapons, yellow Jars drop Force Fragment, and green Jars drop small or large Magic Jars. These Jars are mainly found within Keeps, but may also rarely be found out on the battle field beneath Boulders.

In Hyrule Warriors Legends, brown Jars in Adventure Mode may also contain a Companion Fairy or a delicious Food as treasure in certain Battle.