This article is about the pictures unlocked by killing Gold Skulltulas. For the menu, see Illustrations. 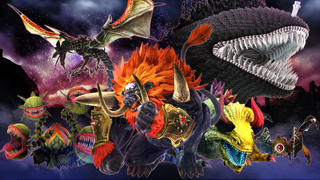 Completing Illustrations yields certain rewards,[2] such as upgraded Potions for each Warrior with at least one Empty Bottle Badge, and new mixtures available from the Apothecary.[3] Completing an Illustration for the first time unlocks the Rewards Map. For each Illustration completed, a new mission on this map is unlocked. The content of each mission is uniquely based on the depiction of the Illustration that unlocks it, such as the "True Partners" Illustration unlocking a challenge that requires picking a Warrior to ally with.