Zelda Wiki
Register
Don't have an account?
Sign In
Advertisement
in: Items, Boots, Items in Ocarina of Time,
and 5 more 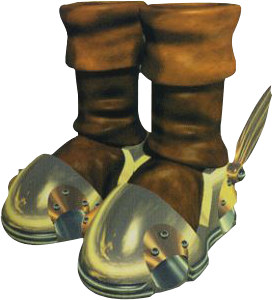 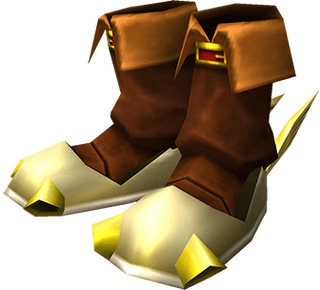 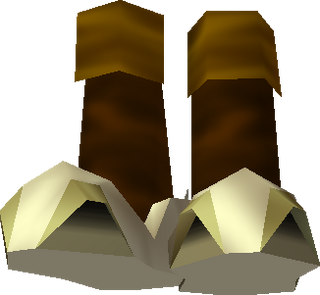 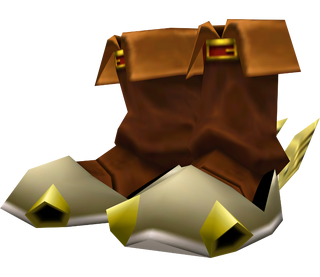 The Hover Boots are found within the Shadow Temple in the westernmost room of the first basement floor. The Lens of Truth can be used to see the room's entrance hidden behind a fake wall.[5] They are obtained after defeating Dead Hand.

The Hover Boots allow Link to hover across gaps and over water momentarily.[6] When equipped, they provide no traction, making Link slide when walking or running.[6] Link can be propelled by gusts of wind to cross over larger gaps.[7] The Hover Boots also prevent Link from sinking into the sands of the Haunted Wasteland and the Desert Colossus.[8] They also prevent the platforms in the fire barrier section of Ganon's Castle from sinking.

In Ocarina of Time 3D, the Hover Boots are changed from equipment to an item, simplifying their use.

In Hyrule Warriors, the Hover Boots appear as a Badge. When created, it lengthens the duration of the Focus Spirit of a Warrior.

Hover Boots appear in Cadence of Hyrule as equipment that aid the heroes in crossing various terrains, allowing them to float and walk over water, gaps, and holes for at least two music beats before grounding them.[9] However, using them costs durability and wearing down the boots too much will cause them to wear out unless the Glass Ring of Preservation is equipped.

They can be bought from a Shopkeeper for 80 Rupees or found as loot from red Treasure Chests.

Boots in The Legend of Zelda series
Community content is available under GNU Free Documentation License unless otherwise noted.
Advertisement