Zelda Wiki
Register
Don't have an account?
Sign In
Advertisement
in: Characters with Missing Genders, Heroes, Link,
and 3 more 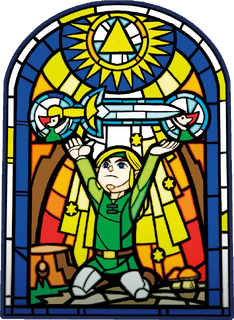 The Minish Cap
The Hero of Men is the name associated with a great hero spoken of in the legends of the Picori Blade and the mythical Light Force in the land of Kingdom of Hyrule during the Force Era[1] and is one of the many incarnations of Link. He was the first owner of those two special gifts given to him by the Minish to assist him in his efforts to battle the many evil creatures plaguing the land of Kingdom of Hyrule long in its past.

Long ago in the land of Kingdom of Hyrule, during its early development after the Era of Prosperity, the day came when many powerful beasts suddenly appeared and began to lay siege to the kingdom. Just when Kingdom of Hyrule was on the verge of destruction,[2] the Minish came from the sky and gave the Hero of Men the Picori Blade and the Light Force.[3] Using these tools, the Hero of Men successfully defeated the monsters and drove the darkness away from Kingdom of Hyrule.[4] The Hero then locked all the realm's evil away into the Bound Chest, sealing it with the Picori Blade itself and bringing peace to the kingdom.