The Great Fountain Fairy (simply referred to as Great Fairy) appears as a important character in the story scenarios: The Armies of Ruin, The Sorceress in the Woods, The Shadow King, Land in the Sky, Shining Beacon, and Battle of the Triforce (in the last one Ganondorf and his forces must prevent Impa from calling upon her aid). She can be summoned in Fairy Fountains by using the Magic Circle inside the fountain. Doing so is often required to progress through and/or complete the scenario in question. Once summoned, she will call upon her fairy minions to perform actions that will help the Hyrulean Forces (such as summoning a Moon made up of Fairies, summon Levias, or a giant Seal of Hyrule made of light that bombards enemies with light). She also appears in Ganon's Fury as an enemy Healer that heals Giant Bosses. 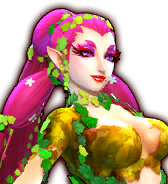 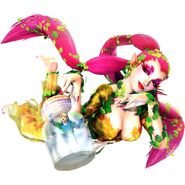 Retrieved from "https://zelda.fandom.com/wiki/Great_Fountain_Fairy?oldid=539760"
Community content is available under CC-BY-SA unless otherwise noted.