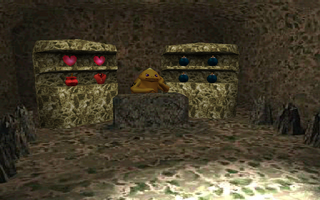 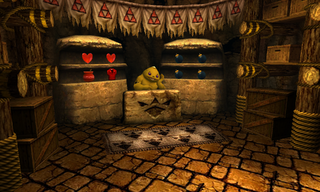 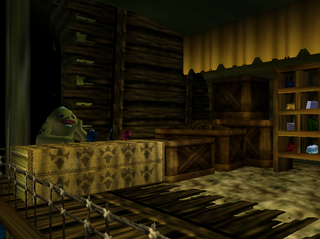 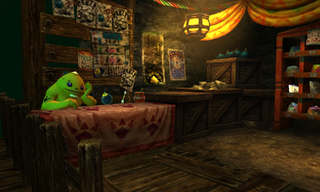 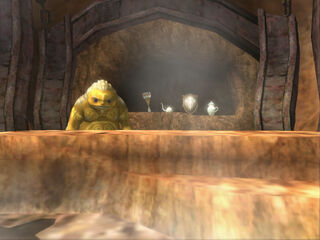 Goron Shops are recurring locations in The Legend of Zelda series.[name reference needed][1]

In Ocarina of Time, the Goron Shop is on the lowest level of Goron City. It specializes in Bombs, but it also sells a few other items, most notably the Goron Tunic. This is the only place the tunic can be acquired if Link loses his due to a Like Like. However, the shop is initially closed off by a wall that Link can open by using a Bomb Flower near. Once Link returns to Goron City as an adult, the shop will be closed off again, and it will only open after Link stops and talks to Darunia's son.

In Majora's Mask, the Goron Shop is located in the Goron Shrine within the Goron Village. The prices vary depending on whether it is wintertime or springtime, with the cheaper items being during the spring.

In Twilight Princess, the Goron Shop is located in the Hot Spring of Death Mountain. Link can access the store either by having the Gorons throw him into the upper levels and then dropping down into the Hot Spring, or by using the elevator situated where Gor Coron is. The elevator can only be activated by using the Iron Boots on the switch.