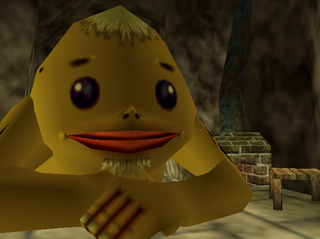 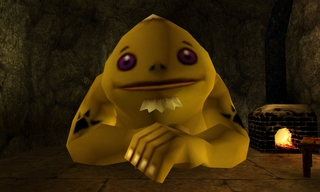 Goron Powder Keg Shop is a location in Majora's Mask.[1]

Located in the Goron Village of Snowhead, the shop is owned by a Goron, whose large size occupies most of the space in the shop, with the exception of a stove. During the winter, the entrance to the Shop is blocked by ice and can only be entered during the spring or by melting the ice with a Fire Arrow.