Zelda Wiki
Register
Don't have an account?
Sign In
Advertisement
in: Items, Masks, Masks in Majora's Mask,
and 12 more
English 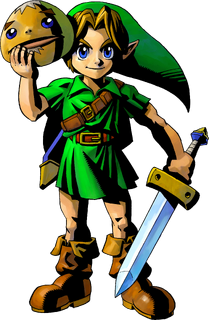 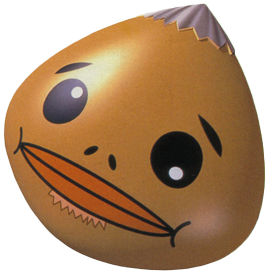 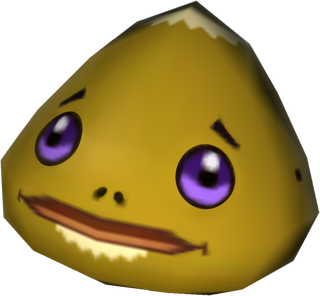 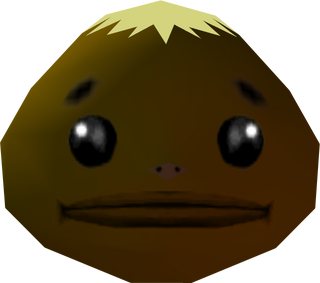 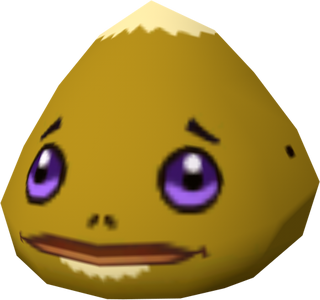 Transforming into a Goron (MM)
The Goron Mask is a recurring item and object in The Legend of Zelda series.[1][name reference needed] It resembles the face of a Goron.

In Ocarina of Time, the Goron Mask can be borrowed from the Happy Mask Shop after completing the Mask Trading Sequence. It has no function other than to change peoples' reactions when Link talks to them.

In Majora's Mask, the Goron Mask is one of four Masks used for Transformation,[2] the other three being the Deku Mask, the Zora Mask, and the Fierce Deity's Mask. When worn, it transforms Link into a Goron. The Mask contains the spirit of the fallen Goron hero Darmani III, and when Link dons the Mask, he inhabits the warrior's body. The transformation grants all the special abilities of that species, including a new fighting style, the ability to carry Powder Kegs, a special Goron Pound attack,[3] and the ability to roll at high speed while attacking with spikes, which consumes Magic Power.

In Snowhead, the ghost of the Goron warrior Darmani lingers in Goron Village, waiting to be healed. Link can speak to him if he equips the Lens of Truth. After overcoming the initial shock that Link can see him, he asks him to follow him to his grave in the Goron Graveyard.[4] Darmani then relates the tale of how he died, but says he cannot rest and wishes to have his sorrows healed.[5][6] Link can play the "Song of Healing" to heal his soul, which is then encased in the Goron Mask.[7]

The Goron Mask appears alongside the Bunny Hood, Keaton Mask, and All-Night Mask behind the counter of the Nintendo Gallery in The Wind Waker. It can be seen hanging on the wall next to Carlov.

The Goron Mask appears as part of a Sticker in Super Smash Bros. Brawl.

In Hyrule Warriors, the Goron Mask appears as a costume for Darunia in the Majora's Mask DLC pack.

The Goron Mask appears as an iten for Skull Kid in Symphony of the Mask, found within the Gerudo Ruins. When equipped, Skull Kid is able to attack with a Flail, and becomes immune to Lava, hot coals, and Bombs.[8] He also gains the ability to roll into enemies.