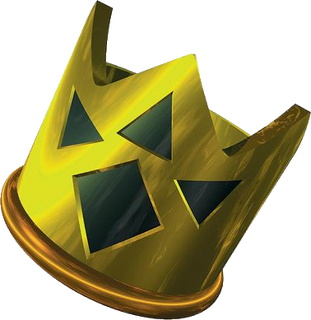 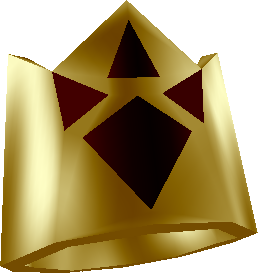 The Goron's Bracelet is an item in Ocarina of Time.[1] It is functionally similar to the Power Bracelets from other titles in The Legend of Zelda series in that they both boost Link's potential to lift heavy objects. However, the Goron's Bracelet is significantly more limited, only aiding in picking Bomb Flowers and uprooting Bushes.

Due to the infestation of Dodongos in Dodongo's Cavern as well as the sudden appearance of a large boulder obstructing the entrance to it, Darunia, the Gorons' leader, decides to seal himself in his room to wait for the Royal Family's messenger.[2] When Link unseals the room by playing "Zelda's Lullaby," Darunia becomes further enraged that the Royal Family would send an unimpressive emissary in their stead, and refuses to speak to the young hero.[3] The only means of calming him is to play "Saria's Song,"[4] and afterwards, he resolves to work with Link, granting him the Goron's Bracelet so that he may pick Bomb Flowers on the condition that if the hero clears Dodongo's Cavern and replenishes their food source, he will grant him the Goron's Ruby.[5]