"How can I just sit back and do nothing for you, friends of Oshus? The sea is vast, and that will help you bridge the distances!"
— Golden Chief Cylos

Golden Chief Cylos is a character from The Legend of Zelda: Phantom Hourglass. He is a large frog who serves as the leader of the Golden Frogs, which live throughout the World of the Ocean King.

Golden Chief Cylos lives on the Uncharted Island where he leads the Golden Frogs. He is aware of Oshus's true identity as the Ocean King, for he is good friends with him; for this reason he feels eager to help Link during his quest to defeat Bellum. He gives Link the Cyclone Slate, which can be used to travel the seas much quicker than previously possible by drawing certain patterns unto the slate.

It is possible that Golden Chief Cylos is somehow connected to Cyclos and Zephos from The Legend of Zelda: The Wind Waker. This is likely because they are all overgrown frogs who seem to have wind-related powers. Also, Phantom Hourglass and The Wind Waker take place in the same timeline, which furthers this theory. One possibility is that he is Cyclos' counterpart in the World of the Ocean King. 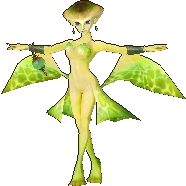 As the Phantom Hourglass & Spirit Tracks DLC, Princess Ruto's Standard Outfit (Grand Travels) is a Golden Chief Cylos Recolor. It can be obtained on the Grand Travels DLC Map.

Retrieved from "https://zelda.fandom.com/wiki/Golden_Chief_Cylos?oldid=494185"
Community content is available under CC-BY-SA unless otherwise noted.