Zelda Wiki
Register
Don't have an account?
Sign In
Advertisement
in: Objects, Side Quests, Objects in Skyward Sword,
and 3 more
English 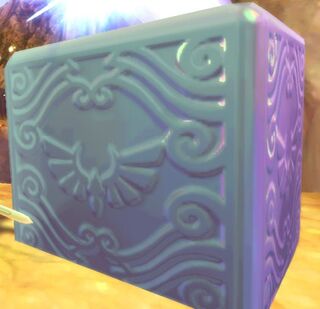 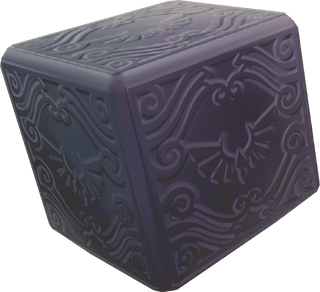 Activate Goddess Cube Chests in The Sky
Goddess Cubes are ornate metallic cubes scattered across the Surface in Skyward Sword.[1][2] Each cube, bearing the Goddess Crest, is the key to a specific one of the chests that the goddess Hylia left throughout The Sky.[1]

In the Deep Woods, a Goron traveler named Gorko tells Link that he is researching about mysterious metallic cubes, which ancient texts say was left for the Goddess's Hero in order to aid him in his quest, able to be unlocked using a Skyward Strike.[3][4] When Link uses the Skyward Strike on a Goddess Cube, it will transform into light and shoot into the sky.[5]

These beams unlock Goddess Cube Chests scattered throughout the sky, which often contain treasures more valuable than those in regular chests, such as Pieces of Heart, Gold Rupees and Medals. Activated chests appear light purple in color; however, chests that are not activated appear dark gray in color and cannot be opened. Once Link returns to The Sky after activating a Goddess Cube, Fi will inform Link that she can detect an energy reaction given off by chests in the sky and will mark the locations of activated chests on his map.[6]