Not to be confused with the Goddess Sword. 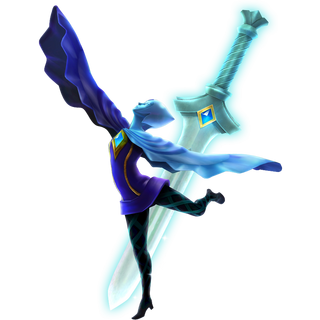 Fi and the Goddess Sword

Defeating enemies
The Goddess Blade is a class of Weapon used by Fi in Hyrule Warriors.[name reference needed] It is associated with Light.

Fi transforms into a large version of the currently equipped Sword, swinging in a wide circle as a golden light version of The Imprisoned's seal forms in the center. Fi plunges herself into the seal, creating a large explosion. She then transforms back into her primary form as, purely for visual effect, the "petals" of a Trial Gate form around her and shine a light before vanishing. This attack damages a wide range around Fi and carries no Element.[verification needed]