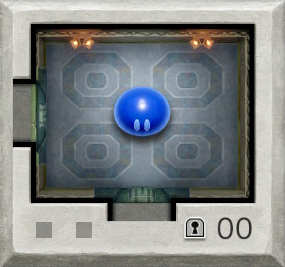 The Giant Buzz Blob is a Sub-Boss of the Color Dungeon in Link's Awakening DX.[1]

This Boss is comparable to a regular Buzz Blob but is much larger and more formidable, and blue instead of green. Upon his defeat, the door to the Nightmare Key will open.

In Link's Awakening for Nintendo Switch, the Giant Buzz Blob is redesigned to be colored green in its Buzz Blob state, although it is still colored blue in its weakened state.