Zelda Wiki
Register
Don't have an account?
Sign In
Advertisement
in: Items, Masks, Masks in Majora's Mask,
and 3 more
English 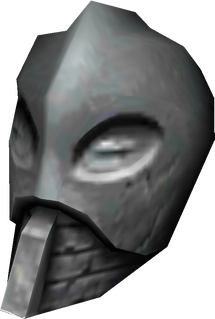 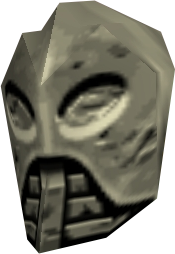 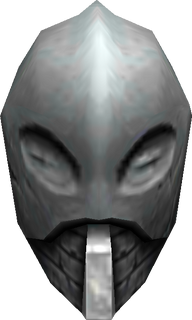 Makes Link a giant
The Giant's Mask is an item in Majora's Mask.[1]

When Link wears the Mask, he becomes a giant.[3] It can only be used in Twinmold's chamber at the Stone Tower Temple. It is not required to defeat the Boss but does make the fight without a doubt a lot easier. Wearing the Mask will drain Link's Magic Meter, and if depleted, he will return to normal size. In Majora's Mask 3D, the Mask also increases Link's muscle mass and allows him to attack with his bare hands, performing punches, uppercuts, and double-hand smashes. Once the red Twinmold has been knocked down by several of these attacks, Link will be able to squeeze the Boss's neck or swing it around by its tail before slamming it to the ground.

In Hyrule Warriors, the Giant's Mask appears as a costume for Volga in the Majora's Mask DLC pack.