Zelda Wiki
Register
Don't have an account?
Sign In
Advertisement
in: Enemies, Common Enemies and Traps, Ice-Related Enemies,
and 10 more 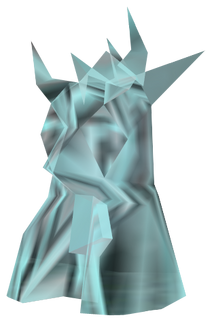 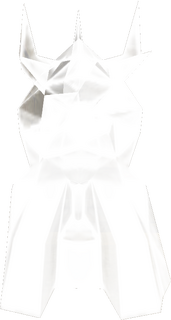 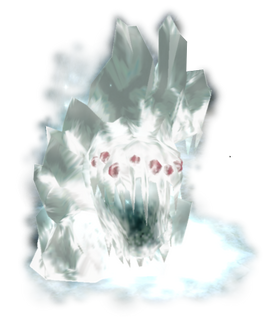 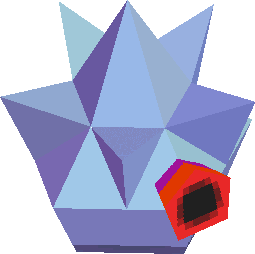 Freezards are recurring Enemies in The Legend of Zelda series.[name reference needed]

In Ocarina of Time, Freezards are frozen enemies that blow icy gales in front of themselves at regular intervals. Upon impact, this freezing breath will encase Link in a coating of ice that slowly eats away at his Hearts. These enemies have the ability to disappear and reappear somewhere else as well. To defeat them easily, Link can circle around them until they blow their freezing breath, then attack them from any side with his Sword repeatedly to break them apart and defeat them. They appear in the Ice Cavern.

Most other weapons can defeat a Freezard, although regular Arrows cannot pierce their thick, icy hides. Being composed of ice, they have a natural weakness to fire. To dispatch them quickly and effectively, Link can shoot them with a Fire Arrow. The Hookshot will drag Link toward the Freezard, which can be used to close the distance quickly in between blasts of frost.

In Majora's Mask, Freezards inhabit frozen regions and blow a stream of cold air that freezes Link instantly if caught in their breath. They appear mainly in the Snowhead Temple, where a group blows icy gusts over a bridge, as well as Beneath the Well. While rolling at top speed, Goron Link is invincible to their icy breaths, allowing him to easily roll past their attacks.

In Twilight Princess, Freezards appear as large, dragon-like beasts of ice. They are first seen blocking a doorway in the Snowpeak Ruins. Freezards blow a piercing, icy gale in front of Link whenever he is near. This form can only be defeated by using a Cannon, and later in the dungeon, the Ball and Chain. When shattered, they break into the much smaller Mini Freezards, each of which appears as a small chunk of ice containing one of the Freezard's many eyes. They can also be found in specific floors in the Cave of Ordeals and inside the Caves of Hyrule Field.

In Spirit Tracks, Freezards have what appears to be a single, red eye with a large black pupil, having a similar appearance to the Mini Freezards from Twilight Princess. If hit, they will slide around and ricochet off the walls of the room in an attempt to hit Link. They appear in the Snow Temple. Freezards in Spirit Tracks are in actuality frozen Octoroks, with their "eye" actually being the enemy's snout. If Link melts away their ice, they become ordinary Octoroks. It is possible to melt the ice by throwing and directing the Boomerang into a Torch and towards them.

In Tri Force Heroes, Freezards resemble horned ice statues with holes for facial features. They appear as obstacles, blocking the path of the Links by breathing a continuous stream of icy mist whenever they are near. Many times, the Links cannot advance until the enemy is destroyed. Freezards can be defeated by continuously slashing it with the Sword or by detonating it with a Bomb. A much more effective weapon, however, are the Fire Gloves, which will melt a Freezard instantly with a fireball. They are found in the Ice Cavern and the Sky Realm of the Drablands, as well as the Frozen Zone of the Den of Trials.