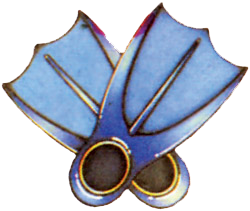 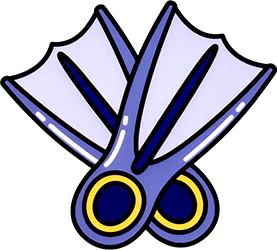 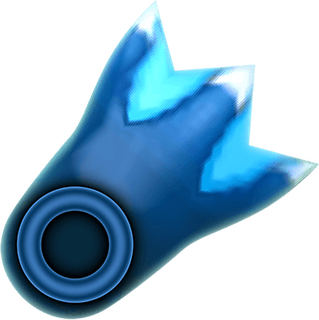 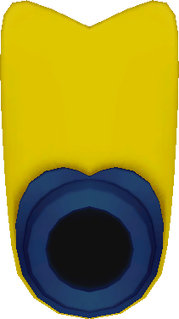 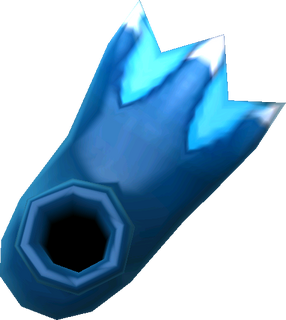 The Zora's Flippers can be bought from King Zora for 500 Rupees at the Zora's Waterfall in A Link to the Past. They allow Link to swim in deep water and to use Whirlpool Waterways to warp between bodies of water. In the Game Boy Advance version, Link is able to dive underwater while swimming. This can be used to avoid enemy attacks and certain traps.

The Flippers are obtained in the Angler's Tunnel in Link's Awakening. They allow Link to swim and dive underwater by pressing the B button,[3] which is required to enter the Catfish's Maw.[4] By diving underwater, Link can avoid attacks from enemies while swimming.

The Zora's Flippers are found in Cheval's Tomb in the Yoll Graveyard in Oracle of Ages. They are used to pass Cheval's tests in order to get the Cheval Rope. Link can later find the Mermaid Suit, an upgrade to the Flippers. With the Zora's Flippers, Link can dive for a short period of time. If the Zora Ring is worn, he can dive for an infinite length of time.

The Flippers can be found in a sewer underneath the Royal Hyrule Library after returning all the missing books in The Minish Cap. With the Flippers, Link is able to gain entrance to the Temple of Droplets at Lake Hylia.

Link receives the Zora's Flippers from Oren at Zora's Domain after returning the Smooth Gem stolen by the Shady Guy in A Link Between Worlds. They allow Link to swim and dive in deep water.

In Ancient Stone Tablets, the Zora's Flippers can be bought from King Zora for 300 Rupees. If the Hero of Light talks to King Zora during a raining period, he will sell the Flippers for 150 Rupees instead. They allow the hero to swim in deep water, which is required to enter Level 2.

In Cadence of Hyrule, the Zora's Flippers are received from the Prince after waking him up.[5] They allow the hero to swim in deep water like Lake Hylia, allowing easier access to the Frozen Grotto and general mobility around the map.[2]