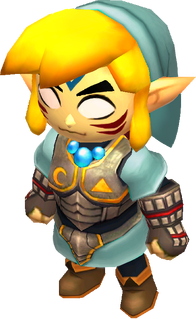 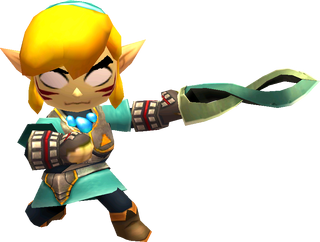 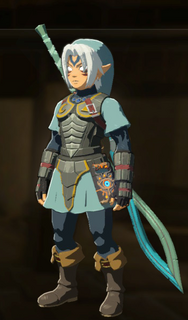 The Fierce Deity Armor is a recurring Item in The Legend of Zelda series.[1][2]

The Fierce Deity Armor is an Outfit that was added in the Ver. 2.0.0 update of Tri Force Heroes. It is obtained by completing the Den of Trials for the first time. When worn, the Fierce Deity Armor will double the power of Link's Sword and also allow Link to shoot four Sword Beams in a cross shape when the Sword is swung, provided his Heart Meter is full. The Sword Beams can be alternatively be fired from the Sword when performing a Spin Attack, even when the Heart Meter is not full. Additionally, Link will remain steadfast at all times and won't get knocked back from Enemies while wearing the Fierce Deity Armor.

Any Links who join the game through Download Play will be unable to obtain the Fierce Deity Armor.