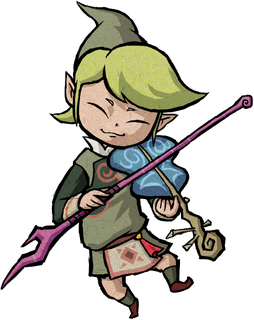 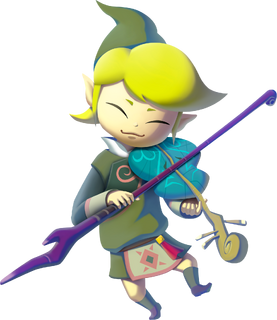 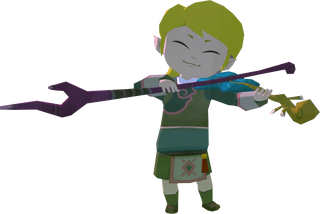 Fado is the former Wind Sage in The Wind Waker.[3] He belongs to the Kokiri race, born in Kokiri Forest before the Great Flood, and is the only one of his race seen in the game.[2] After Ganondorf managed to circumvent the seal of the Goddesses and reached the surface, one of his first things he did was attack the Wind Temple and have Fado killed.[4] After his death, his spirit remained in the Wind Temple until he was replaced by Makar.

Fado was one of those responsible for keeping the Master Sword capable of repelling evil when he was still alive. After he died, his spirit stayed in the temple, waiting for a successor. When Link showed up in the Wind Temple, Fado appeared before him and asked him if he could find the new Sage. He told Link how he could recognize the new Sage and taught him the Wind God's Aria, the song that would awaken the new Sage.[5]

Link left the temple to find the new Sage: Makar. As instructed, he played the Wind God's Aria for him. When Makar started to follow along, his appearance suddenly changed to that of Fado and he and Link performed together, even getting applause from unseen creatures. After that, Makar's appearance returned to normal, and he asked Link to bring him to the Wind Temple.[6]

Fado's last appearance was when Link defeated Molgera. When Makar played the Wind God's Aria, Fado appeared out of him and started playing along. He disappeared into Makar again when the Master Sword had regained its power, finally freed from his obligations.