Zelda Wiki
Register
Don't have an account?
Sign In
Advertisement
in: Locations in The Wind Waker, Islands, Mini-Dungeons,
and 2 more
English 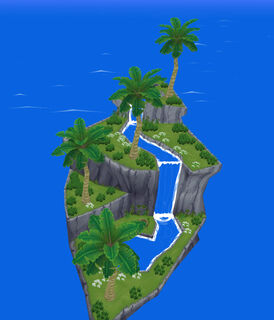 Diamond Steppe Island is a diamond-shaped island in The Wind Waker.[1]

There is also one eight-eyed Big Octo which Link can destroy for 100 Rupees. In addition, beneath the waves is a chest with a Heart Piece that can be located after opening a Treasure Chart from Windfall Island.