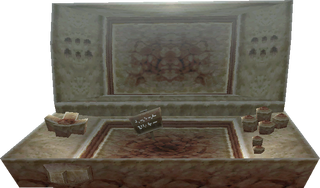 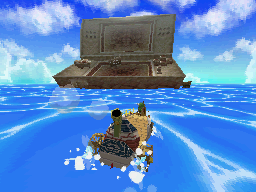 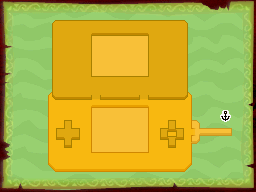 Dee Ess Island is an island in Phantom Hourglass.[1]

Located in the southern area of the Southeastern Sea, Dee Ess Island is a hidden island shaped like a Nintendo DS.[2] It has geographical features resembling the system's Control Pad, the A, B, X, and Y buttons, the top and bottom screens, the speakers, and the microphone. The dock also resembles a stylus sticking part-way into the DS.