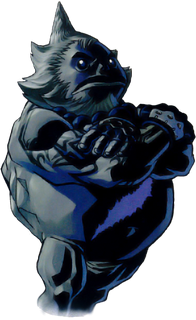 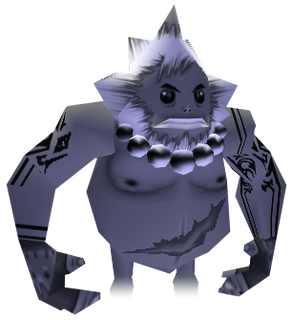 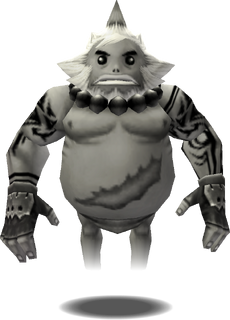 Darmani III,[1] also known as Darmani the Third,[2] is a character in Majora's Mask.

In life, Darmani III was a renowned Goron hero. He was considered the greatest warrior of his tribe and possible heir to the Goron throne.[3][4] He suffered a terrible accident when he ventured to Snowhead Temple to find and stop the culprit that was causing the devastating winter that threatened his people. On his way to the Temple, Darmani was knocked off the path and into the deep valley below by the blizzard caused by Biggoron and lost his life.[5]

In death, he was doomed to haunt his somber grave in the Goron Graveyard. He became full of regrets and felt sorrow for failing his people. Link can heal his spirit by playing the "Song of Healing" to free him from his regrets. Darmani III sees visions of when he was a renowned hero and the Gorons cheering him on. Before passing on, Darmani decides to leave Link his powers in the Goron Mask, which allows Link to transform into Goron Link when worn.

When spring returns to Snowhead Region upon the defeat of Goht, the Goron Elder announces to Link his plans to step down as patriarch of the tribe and hand the position over to Darmani III, whom he mistakes Goron Link for.[6]