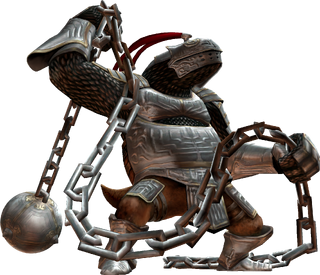 Darkhammer is the Middle Boss of the Snowpeak Ruins in Twilight Princess.[2]

When defeated, Darkhammer drops his Ball and Chain, which can picked up by Link.