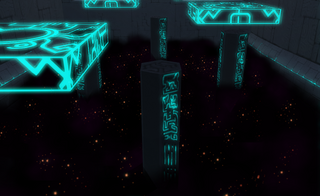 Palace of Twilight
Dark Fog is a trap in Twilight Princess.[1]

Dark Fog is an element that is found only in the Palace of Twilight, the eighth Dungeon in Twilight Princess. This mysterious haze-like element is composed of Shadow Crystals created by Zant.[2] It is scattered across various parts of the Palace of Twilight, and if Link comes in contact with the mysterious element, he will automatically transform into Wolf Link, and will be unable to have Midna transform him back into his human shape until he leaves the Dark Fog or clears it.[3] Once Link obtains the light-infused Master Sword, he will be able to clear away Dark Fog using the Spin Attack.[4] Midna mentions that the Dark Fog is what caused Link to become a wolf for the first time.[2][5]