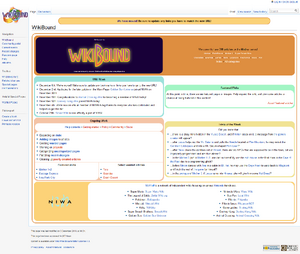 WikiBound is an independent wiki, founded by Tacopill on February 24, 2010, that covers all aspects of Nintendo's Mother/Earthbound franchise and relevant spin-offs, including the Super Smash Bros. Series. WikiBound was the ninth wiki inducted to Nintendo Independent Wiki Alliance on November 5, 2010. After shifting server hosts multiple times, WikiBound settled in and established itself on an exclusive domain, parting finally from the server of Zelda Temple, a Mastermind of Zelda Wiki, in early December.