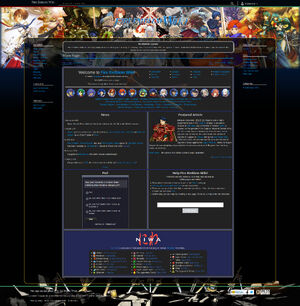 Active
Fire Emblem Wiki is an independent wiki, founded by Izagar (AtrumLevis on Zelda Wiki), that covers all aspects of Nintendo's Fire Emblem franchise and relevant spin-offs, such as the Super Smash Bros. series. Beginning independently on August 26, 2010, the wiki grew to sizable proportions before moving from Zelda Temple's server to an independent one in February of 2011. Two months later, on April 20, 2011, Fire Emblem Wiki was inducted into the Nintendo Independent Wiki Alliance as the organization's 17th member.