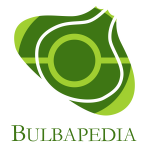 Bulbapedia is the largest English language wiki covering the Pokémon series by Nintendo. Established on Valentine's Day of 2005, the site was named for the first Pokémon in the Pokédex, Bulbasaur.[1] Bulbapedia is a founding member of the larger Encyclopaediae Pokémonis, which interconnects Pokémon wikis of currently eight different languages. Bulbapedia is the largest sector of the website Bulbagarden, which also features wikis dedicated to Pokémon news in Bulbanews, and the media repository Bulbagarden Archives to link images for use on Bulbapedia, Bulbanews, and Bulbagarden RPGwiki.

When asked by Zelda Wiki to become an affiliate, it was instead suggested that rather than becoming simple affiliates, the two would seek out a partnership with Super Mario Wiki to build an alliance of independent wikis chronicling Nintendo series, being that their subjects, the Zelda, Super Mario, and Pokémon series are the largest three Nintendo series. The Nintendo Independent Wiki Alliance network was founded and launched from these talks on Bulbapedia's 5th anniversary, February 14th, 2010.

While Archaic, the owner of Bulbagarden, is not directly involved with the wiki, he retains the highest authority on the wiki, able to make decisions for the good of the site overall. Much of the daily management falls to Bulbapedia's Editorial Board, who set policy, issue statements, choose staff members, and appoint temporary powers to members to ensure continued function.

Relations with other wikis

From the setup on December 21st, 2004, Bulbapedia has passed many milestones and humbly kept track of their growth.