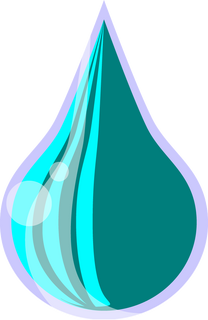 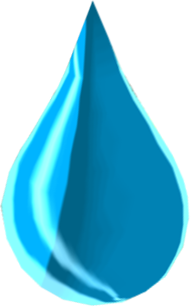 The Wind Waker
Twilight Princess
Breath of the Wild

Breath of the Wild
5 Rupees
3 Mon

Jelly Blob
Chu Jellies,(TWW | TP)[name reference needed] also known as Chuchu Jellies,(BotW | HWAoC)[1][2] are recurring Items in The Legend of Zelda series. They are items retained from defeating Chuchus, and have restorative properties. Depending on the game, they can either be used as an ingredient to make Potions or can be scooped up and used in their current states in an Empty Bottle.

Link can obtain Chu Jelly either by defeating a Chuchu or stealing it from the Chuchu with the Grappling Hook in The Wind Waker. The Chu Jelly is then kept in the Spoils Bag. It cannot be used as an item but must be given to Doc Bandam on Windfall Island to brew into Potions. Doc Bandam already has the Red Potion available, while Green Potions and Blue Potions must first be created by giving him fifteen Chu Jellies of the respective color. Once Doc Bandam has made one Potion from the first batch of Chu Jellies and has given Link a free sample, that Potion will then be available for purchase from his store. Link can also continue to give Doc Bandam five additional Chu Jellies of any color to receive a free Potion. The Jellies can also be sold to Beedle for one Rupee each.

There are three types of Chu Jelly available:

Chu Jelly can be found by defeating Chus in Twilight Princess. Unlike in The Wind Waker, once a Chu is defeated, its dissolving remains can be scooped up into an Empty Bottle and be used as drinkable Chu Jelly.

There are several different types of Chu Jelly available:

As a Monster Part, Cooking with Chuchu Jellies will result in Dubious Food. However, if Link Cooks them with critters, he can make a variety of Elixirs. They can also be sold to Kilton at the Fang and Bone for Mon or used at the Kochi Dye Shop to make Light Blue Dye.

Chuchu Jellies are required to upgrade the following pieces of Armor at a Great Fairy Fountain:

Chu Jellies appear as Weird-type Food in Hyrule Warriors Legends. It is imbued with the Lightning Element. When consumed by a Companion Fairy in the Dining Room of the My Fairy mode, Chu Jelly can increase the Fairy's Trust level and personality traits.

Chuchu Jellies can be sold for 5 Rupees, though Segimo will buy them for 12 Rupees.

Bag Items in The Wind Waker