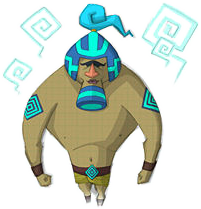 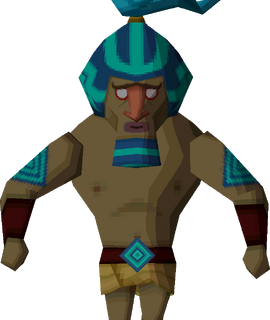 Brant is a character in Phantom Hourglass.[1]

Brant, the fourth-ranked Knight, is found in his tomb on the Isle of the Dead. Once he sees that Link has the spirits of Power, Wisdom, and Courage with him, he allows him to take the Regal Necklace which allows him to dispel the hurricane surrounding the Isle of Ruins.[2]

Brant's name is a reference to Brent, a Carpenter working for Mutoh in The Minish Cap.