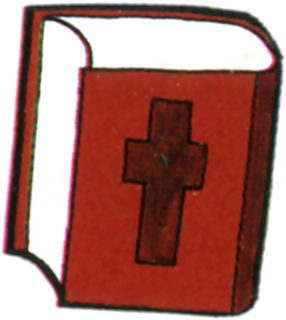 Village of the Blue Maiden (FSA)

In The Legend of Zelda, the Book of Magic is an item that Link equips to add the power of Fire to the Magical Rod.[2] In addition to the normal magic beam that shoots from the Magical Rod, the Book of Magic allows it to also emit Fire once its beam makes contact with an enemy, object or wall. Like the Fire emitted from the Blue Candle and the Red Candle, it deals a damage of 1 on certain enemies. The Book is found in Level 8 of the First Quest and Level 4 of the Second Quest.

In Four Swords Adventures, the Magic Book is a minor quest item. The book belongs to Iris, the novice magician trapped within the Dark World. Iris was practicing her magic in the Village of the Blue Maiden when she teleported herself to the Dark World, accidentally leaving her Magic Book behind in the Light World. The Links can use the Roc's Feather to jump over the pit in the long house east of the Seeker's Guild headquarters and meet Iris' teacher who has found her book lying unguarded. The teacher requests the Links to give the book back to her apprentice in the Dark World.[3]

In Hyrule Warriors, an 8-Bit version of the Book of Magic from The Legend of Zelda, called the 8-Bit Book of Magic, appears as the Lv.★ form of Lana's Book of Sorcery. It was added to the game with the Master Quest Pack DLC.