Zelda Wiki
Register
Don't have an account?
Sign In
Advertisement
in: Items, Books, Side Quests,
and 4 more
English 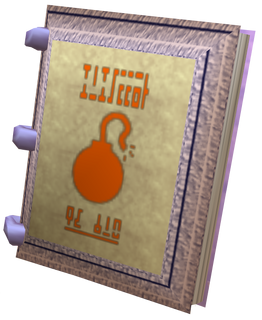 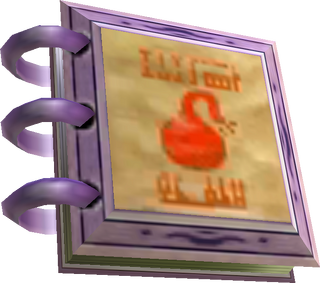 Tracking sidequests
The Bombers' Notebook is an item in Majora's Mask.[1]

In Majora's Mask 3D, the Bombers' Notebook is instead given to Link by the Happy Mask Salesman, who says the Bombers' Notebook was most likely dropped by the Skull Kid.[9] It includes entries for every character that gives Link an item and for ongoing and rumored events. Link can also set an alarm to a specific time so Tatl reminds him of any given event.

Promise Stickers are shaped like exclamation marks. They are added to the Bombers' Notebook each time Link makes a promise or appointment, or each time he completes a significant event.[10] Details regarding the promise or event are displayed when the sticker is highlighted. If Link travels back in time after receiving a sticker, it will be grayed out until Link makes the promise or completes the task again.

When Link completes all available objectives for a certain character, a Happiness Seal is added to that entry.[6] This includes obtaining all previous Promise and Happy Stickers for that character as well.