This article refers to the Bombchu item. For the enemy, see Real Bombchu. 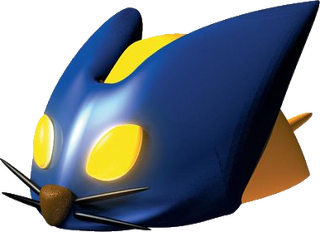 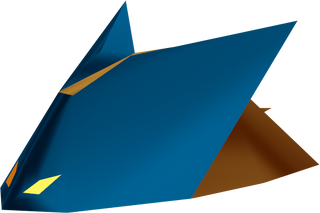 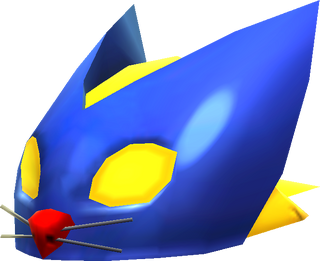 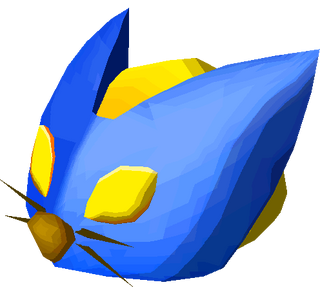 Bombling
Bombchus are recurring Items in The Legend of Zelda series.[2]

Bombchus are a type of mobile explosive that travel along the ground (and, if a certain kind, walls and ceilings) until they either self-destruct (indicated by red flashing) or touch an object or enemy.[3] They can be used to deliver explosive power to areas that regular Bombs and other weapons cannot reach and to attack enemies or activate switches without Link needing to get too near.

In Ocarina of Time and Majora's Mask, Bombchus travel in a straight line and can also crawl up walls and ceilings, a characteristic that can be utilized to maneuver around walls that would block other weapons. They do, however, swerve left and right just slightly as they continue forward. Bombchus in these games may also attempt to home in on enemies, and will swerve off their path when one is nearby.[verification needed] This is demonstrated in Ocarina of Time's Bombchu Bowling mini-game, where Cuccos and Blade Traps serve as obstacles. Unlike Bombs and most forms of ammunition, Bombchus are typically much more difficult to resupply, as they usually never appear from common locations such as broken Jars or enemies. Instead they are usually found in Treasure Chests or purchased within shops. Unlike regular Bombs, Bombchus do not require a Bomb Bag in most games, and can be obtained without one. Bombchus in most games also cannot have their maximum carrying capacity upgraded. Though useful, they are often not required to progress through the games.

In Oracle of Ages and Oracle of Seasons, Bombchus appear aesthetically similar to their counterparts in Ocarina of Time and Majora's Mask, but have a slightly different function. Instead of traveling in a straight line, the explosive will lock onto one target and follow that target until it impacts and explodes. If no enemy is present, the Bombchu will simply travel forward in a straight line.

In Phantom Hourglass, the usefulness of Bombchus are expanded and their functions differ compared to earlier games since Link must draw out a path for it to follow on the map.[4] When used, the map goes to the bottom screen so that Link can draw the path he wants the Bombchu to take.[5] They do not automatically travel in a straight line nor home in on enemies, and they travel at a noticeably slower space. They can be used to scout areas ahead of Link, or attack enemies around corners long before they notice Link's presence. They are also the only items which can go through small holes in walls.[5] Link can move around at the same time as the Bombchu,[5] which is required to solve certain puzzles. Bombchus in Phantom Hourglass are also the only kind that are given their own Bombchu Bag, as well as the first in which Link can increase his capacity of them. While they still appear often in shops, Bombchus can also be found throughout the Overworld much like other ammunition, such as inside Jars.

In Ocarina of Time, Bombchus are a type of rare item that are occasionally found. They are usually found in Treasure Chests in dungeons, but may also be obtained through the following ways:

In Majora's Mask, Bombchus may be purchased at the Bomb Shop in Clock Town, which sells a pack of 10 Bombchus for 40 Rupees. Link may carry only up to 40 of them at a time. Link can also find them in Treasure Chests in hidden caves around Termina, needing either a Bomb or the Blast Mask to open the entrance. These hidden caves are revealed with a green light when Link wears the Mask of Truth.

In Oracle of Seasons and Oracle of Ages, Bombchus may only be obtained in a Linked Game through the Subrosian Secret or the Troy Secret. Link can carry up to 99 Bombchus at once. Once obtained, Syrup will start selling packs of them at the price of 100 Rupees for 5 Bombchus.

In Phantom Hourglass, Bombchus and the Bombchu Bag are found in the Goron Temple. Link can initially carry 10 Bombchus, but may acquire two more Bombchu Bags, allowing him to carry up to 30.

A Bombchu in Hyrule Warriors

In Hyrule Warriors, Bombchus appear in a giant variation. They are used by both Allied Forces and Enemy Forces in certain battles. Once obtained, they move in a set path. They can be used to destroy giant obstacles blocking the way.[8] Enemies will try to attack them to stop their advance. Enemy Forces can also use Bombchus against the Allied Forces as a weapon, which will target key Keeps and explode, causing massive damage that reclaims the Keep. These Bombchus must be destroyed before they can reach the Keeps. A Bombchu Operator is a type of Captain that appears in certain battles, which operate Bombchus. If they are defeated, their Bombchus can be claimed and sent back to target the Enemy Forces.

In Super Smash Bros. for Nintendo 3DS / Wii U, Bombchus appear as explosive items. Once thrown, they will follow their path until hitting an opponent, exploding upon impact. Bombchus also appear as a Trophy

Bombchus appear are a type of mobile Bomb that move to the beat of the music. Once they are placed down by either Cadence, Link, Yves, or Zelda, they move in a straight line until they make contact with something or if no contact is made, explode after seven music beats.[9]

The name Bombchu is a combination of Bomb and "chu," Japanese onomatopoeia for the sound a mouse makes, referring to their mouse-like shape. The plural form of Bombchu can be either Bombchu[10] or Bombchus.[11]