Zelda Wiki
Register
Don't have an account?
Sign In
Advertisement
in: Enemies, Chuchus, Enemies in Majora's Mask,
and 8 more 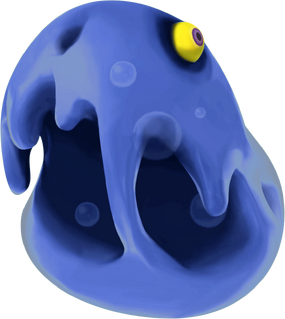 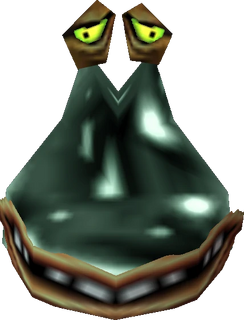 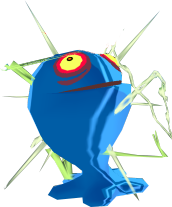 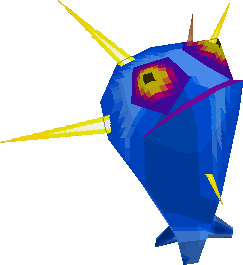 Blue Chuchus are a unique variety that only appears in the Great Bay Temple, as part of a puzzle. Unlike other Chuchus, they do not contain items like Hearts, Arrows, or Magic Jars, instead solely being used to freeze and use as makeshift platforms via the Ice Arrow.

Blue Chuchus are found within the caves of Veil Falls and in the Palace of Winds in The Minish Cap. As soon as they emerge from the ground, they electrify themselves; they are invulnerable to Sword strikes while electrified, and must be damaged with a different Item or stunned with the Boomerang or Magical Boomerang. If Link touches one while it is electrified, it will damage him and stun him briefly.

Blue Chus appear as enemies in Twilight Princess and are more rare than Red Chus, Yellow Chus or Purple Chus. They can be found in the Lakebed Temple, Hyrule Field, Snowpeak Ruins, and Caves. Upon defeat they drop Blue Chu Jelly which Link can scoop up in a bottle to drink, which restores his entire Life Gauge. They are functionally identical to a Blue Potion, but cannot be purchased.

Appearing similar to their design in The Wind Waker, Blue Chuchus constantly discharge electricity as opposed to the Yellow Chuchu's periodic bursts. As a result, Blue Chuchus cannot be killed with a sword while their defenses are up, and instead must be stunned first or dispatched by other means.

Blue Chuchus appear in Skyward Sword, though unlike some previous Zelda games, they cannot discharge electricity and remain underwater. Blue Chuchus can only be defeated by Link performing an underwater spin, though strict attention to the air gauge is necessary.