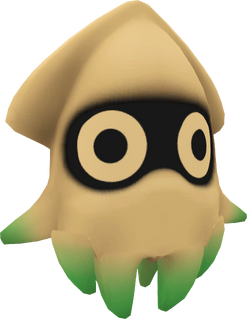 Bloopers are squid-like enemies that are encountered in an underwater passage of Catfish's Maw. Unlike Cheep-Cheeps, which slowly swim back and forth in a set path, Bloopers move in diagonal, lurching motions towards Link, making them harder to avoid. Bloopers only appear in one passageway leading to the dungeon's Nightmare Key, and always appear in pairs. Unlike their Mario counterparts, they can be dealt with easily using any weapon in Link's arsenal, with the Sword being the most immediately effective.

In Link's Awakening for Nintendo Switch Bloopers appear in the Fishing Pond and can be caught by Link while fishing.