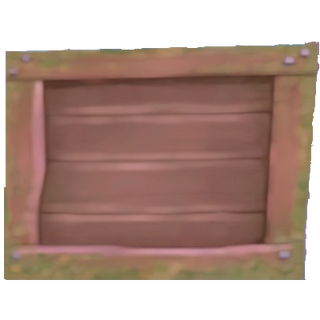 Most types of Blocks can be Pushed and/or Pulled to solve Block pushing puzzles. Blocks can also be used to reach higher ledges by climbing on top of one, and to keep a Switch pressed down by pushing a Block on top of the Switch. Depending on the game, Blocks may be pushed or pulled by pressing the A-button and moving the control stick or pad into the desired direction, or in the case of Phantom Hourglass and Spirit Tracks, by tapping the desired direction.

Mobile Blocks are used to scale Stone Tower in Majora's Mask. Their position can be manipulated by stepping on Floor Switches along the Tower. Multiple Blocks can be moved at a time by leaving shells on their switches when playing the "Elegy of Emptiness".

The most common type of Block found in the series are puzzle Blocks. Most of the time, they can be pushed in any direction. However, in some games blocks can only be pushed on an specific direction. They can be used to press Floor Switches, to reach high ledges, or to reveal hidden passages. The design of blocks varies from game to game. In Ocarina of Time, they bear the Crest of the Gerudo, which was later replaced in subsequent released of the game. In Majora's Mask, they bear Majora's Mask.

In A Link to the Past and Oracle of Ages, the Cane of Somaria creates blocks that Link can push and sometimes carry around. Only a single block can be created at a time. In Four Swords Adventures, if Link gives the Fire Rod to a Great Fairy to upgrade it, the rod will also be able to create blocks that can be used as platforms. If Link uses the Fire Rod again, the block will explode, sending fire in four directions.

Sun Blocks appear in Majora's Mask, featuring a sun with a face in their design. They are used to seal passages in the Ikana Canyon region. They can only be removed by exposing them to light. Link can also remove them by reflecting light at them with the Mirror Shield or by shooting a Light Arrow. In Majora's Mask 3D, the sun design was replaced by an eye.