Zelda Wiki
Register
Don't have an account?
Sign In
Advertisement
in: Boats, Shops, World of the Ocean King,
and 3 more
English 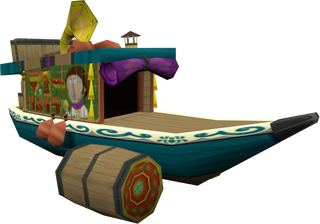 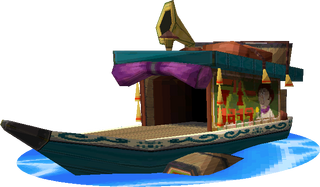 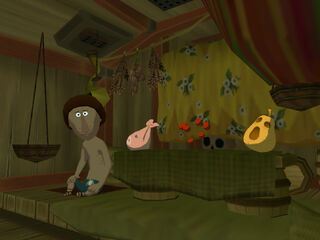 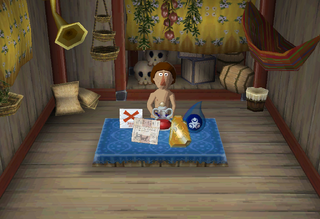 Beedle's Shop Ship is a recurring floating shop on a boat which is run by Beedle in The Legend of Zelda series.[1][2][3]

Beedle's Shop Ship is found sailing off the coast of many islands on the Great Sea (see Beedle's Chart).

Beedle sells and purchases items from customers. Each item purchased earns Link a membership point, which Beedle will tell you after each purchase. Upon earning a certain amount of points Link will gain Silver and then Gold membership status, and receive the Complimentary ID and Fill-Up Coupon respectively.

Beedle operates a special Shop Ship near Rock Spire Isle called the Rock Spire Shop Ship. In this shop, Beedle assumes an alternate identity as Beedle's Assistant. He sells an Empty Bottle, a Piece of Heart and a Treasure Chart.

Beedle's Shop Ship is also seen in Phantom Hourglass. But instead of him being in every section of the map, he comes to each one at a time following the SS Linebeck. However, he still keeps the membership status in this game and will give Link a Freebie Card or Complimentary Card each time he pays a certain amount of money. Additionally, on random days, a day may be determined to be a Point Day. On a Point Day, points are earned at five times the normal rate, at 20 Rupees per point instead of the normal 100 Rupees per point. For example, a Purple Potion with the basic membership (200 Rupees) would normally earn Link two points, but would be worth 10 points on a Point Day.

From 10am to noon on weekends and 10pm to midnight on weekdays, the Masked Ship appears instead of Beedle's Shop Ship. It is again manned by Beedle's Assistant.