Zelda Wiki
Register
Don't have an account?
Sign In
Advertisement
in: Enemies, Common Enemies and Traps, Beam Enemies,
and 28 more 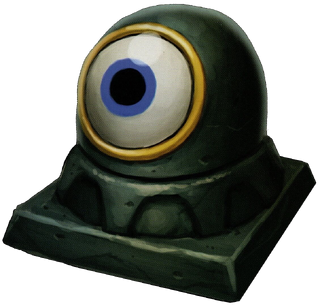 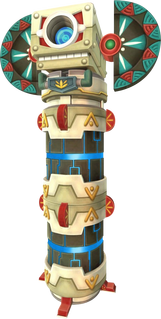 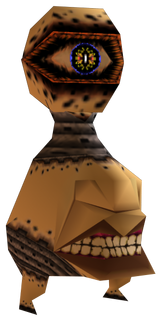 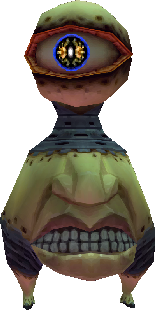 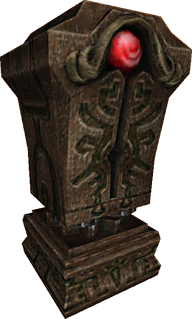 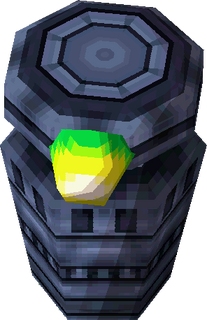 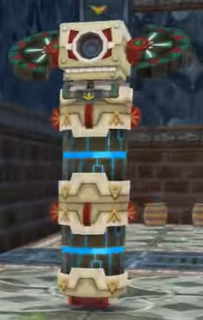 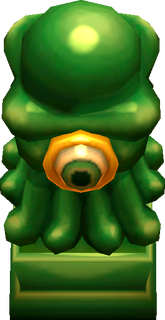 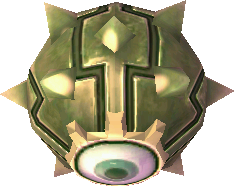 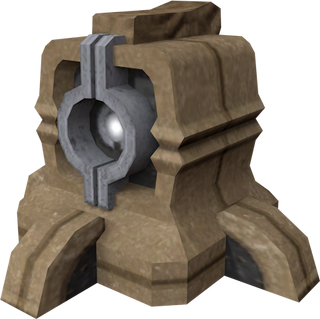 A Link to the Past
Eye Beam:

Beamos are recurring enemies in the The Legend of Zelda series.[1] [name reference needed]

The Beamos is one of the most technologically advanced enemies in the Zelda universe. They appear as statues with rotating, glaring eyes capable of shooting beams of light at their foes, and are usually indestructible. They can appear as either statues of stone or of solid metal, however much like real statues, they are incapable of moving, and must rely on their laser solely to keep intruders at bay. For this reason, Beamos are often situated inside dungeon rooms, or placed strategically on a staircase or entrance to impede progress, using swiveling movements to check all of their bounds. This laser of theirs, in every incarnation, has a specified range that can be bested whenever Link steps out of range, hides behind an object, or in some games, simply when the Beamos is off the screen.

While the laser of the Beamos normally cannot be stopped once it has been shot, in some games, specifically in Link's Awakening and Skyward Sword, Link can use certain Shields to reflect the laser away. However it most games, it must simply be avoided. For the majority of Zelda titles, the laser itself is a continuous long beam, except for A Link to the Past and Link's Awakening, where it is a single short beam.

Beamos across The Legend of Zelda series often only come in one variety, however, other variations do exist. In The Wind Waker, which distinguishes Beamos by color, red Beamos behave like ordinary Beamos, whereas the blue kind have fixed beam paths, and will block Link's path entirely until they are destroyed. In Twilight Princess, there exists two varieties; a larger brown type in the Goron Mines and minor caves that are able to shoot fire beams, and a thinner white version in the Temple of Time, which shoots pink beams of energy. The white variants can be destroyed by the statue Link controls with the Dominion Rod.

In Skyward Sword, Beamos appear as multi-layered poles composed of electrified sections. The head of the Beamos turns in a rigid, mechanical motion as opposed to moving fluently. The beams they shoot are electrified, which will cause Link more harm if he attempts to block it with an Iron Shield. As they are mechanical creations from the past, they are shown to have crumbled into a pile of stone after many years, but will be returned to life as do other enemies when under the effects of an activated Timeshift Stone.

In many games, Beamos are indestructible and impervious to all attacks, requiring that Link avoid them entirely. However in a few games, particularly in the 3D console games, the Beamos statues can be destroyed or rendered inoperable. In Ocarina of Time and Majora's Mask, Beamos can be destroyed with the use of a Bomb. The entire statue is destroyed on impact and explodes as its eye hits the ground. In The Wind Waker, Four Swords Adventures and Twilight Princess, an Arrow can be shot at its eye to destroy it. The Ball and Chain can also be used to destroy a Beamos Statue in Twilight Princess. In Link's Awakening for Nintendo Switch, the beams can be reflected back at the Beamos with the Mirror Shield, temporarily disabling them.

Beamos in Skyward Sword require a more unique means to defeat, achieved by slicing apart different sections of their body and stabbing the eye. However the Bow also becomes effective later in the game. They can be stunned by blocking their beams with a shield, with the exception of an Iron Shield. Using the Gust Bellows on the wing-like structures on the sides of its head will also cause it to become dizzy and stunned for a short time.

In Tri Force Heroes, Beamos have a slightly different appearance. Instead of a rotating tower, as in previous games, they are spherical in shape and sit atop stone pillars where they scan their surroundings and fire a laser beam when they spot one of the Links. They can only be reached by forming a Totem, and can then be attacked by shooting Arrows at them. It takes a couple Arrow shots to defeat them, however if their eye is successfully shot as they rotate, they are instantly defeated. Once they have been defeated, they will roll towards the Links while flashing, and eventually explode. This behavior is very similar to Armos.

Beamos appear as enemies in Cadence of Hyrule where they move to the beat of the music. While their bodies are stationary, their single eye rotates around them on every single beat, lighting up for one music beat when spotting either Cadence, Link, Yves, or Zelda when they pass by, and then firing a laser at them on the following beat. Their laser can fire in any direction, including diagonally, and also deal damage to enemies that accidentally walk into their line of fire. Beamos only possess 2 hearts.

In Hyrule Warriors, Beamos typically appear inside of Keeps, or rarely outside of them, in various Stages of the game. They shoot magical beams into the floor in a straight path which then explode sequentially. They are primarily susceptible to Bombs, as regular attacks are ineffective against them. Despite their weakness to Bombs, blasts from Bomb Flowers do not harm them.