Zelda Wiki
Register
Don't have an account?
Sign In
Advertisement
in: Enemies, Common Enemies and Traps, Bari,
and 11 more 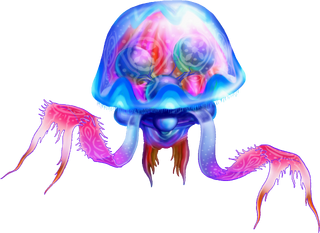 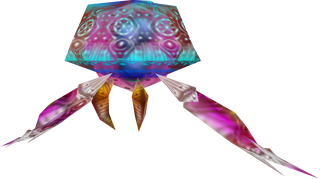 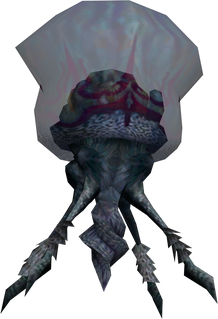 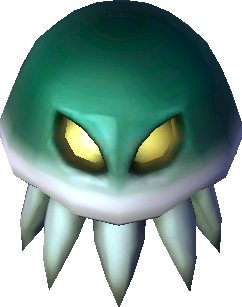 Sword
Boomerang
Clawshot
Bari are recurring Enemies in The Legend of Zelda series.[2][3] If attacked, some variants of this Enemy may split into smaller versions of themselves called Biri, similar to Zol and Gel.

In A Link to the Past, Bari exist in two forms: Blue Bari and Red Bari. Red Bari are stronger and split into two smaller Red Biri when damaged. They periodically pulse with Electricity and are immune to Fighter's Swords during this time.

In the Game Boy Advance version of the game, a green variation appears surrounding an orange Arrghus in the Palace of the Four Sword. They are stronger than the red and blue Bari, but like the blue ones, they do not split into Biri when defeated.

In Ocarina of Time, Bari can be found Inside Jabu-Jabu's Belly, and in the Gerudo Training Ground in Master Quest, and will electrocute Link on contact. They hide above and drop down on him. The most efficient way of defeating a Bari is by using projectiles, such as the Boomerang, though Deku Nuts can stun them so they can be attacked with the Sword. Once defeated, it will split into a trio of Biri, which can also be defeated with the Boomerang.

In Oracle of Ages, Bari can be found inside Jabu-Jabu's Belly only in Water areas. When defeated, they split into two Biri.

In Twilight Princess, Bari appear in the Lakebed Temple. They are found exclusively within bodies of Water. When Link approaches one, they generate an Electric field around them that acts as a shield, which lasts for a short period. When gone, Link can Clawshot the Bari to rip their nucleus right out of their bodies, defeating them instantly.

Bari appear as Enemies in Cadence of Hyrule.