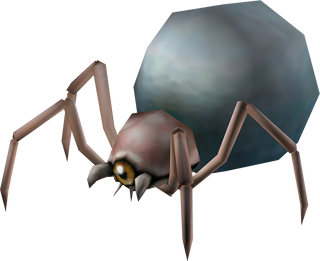 Baby Gohma appear in the Temple of Time in Twilight Princess. They can be found traveling in huge swarms, running away from Link when he gets close to them. If one of them is targeted, the other ones will attack from behind. Once Link obtains the Dominion Rod, he can use the statue's hammer to defeat them easily. During the battle with Armogohma, they hatch from Gohma Eggs. They also behave differently, as instead of running away, they attempt to swarm Link as Armogohma charges its laser beam attack. They also try to protect Armogohma's eye when its body is destroyed.