Zelda Wiki
Register
Don't have an account?
Sign In
Advertisement
in: Enemies, Arthropod Enemies, Sand-Related Enemies, Enemies in The Adventure of Link 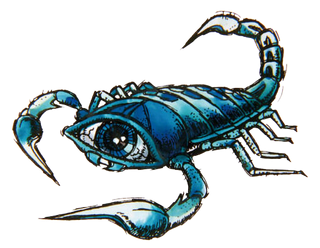 Arurodas are scorpion-like enemies in The Adventure of Link.[1]

Arurodas usually keeps their eyes closed and often charge directly at Link, casting fireballs from their tails. These fireballs are normally unblockable and require the use of the Reflect Spell. Arurodas can only be harmed by attacking their single eye when open.