Zelda Wiki
Register
Don't have an account?
Sign In
Advertisement
in: Enemies, Common Enemies and Traps, Traps,
and 4 more 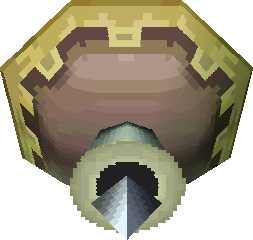 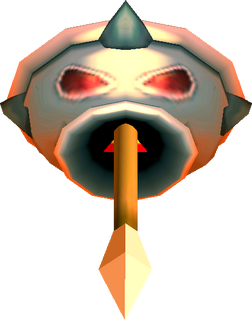 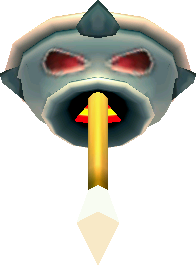 In Phantom Hourglass, Arrow Traps first appear in the second half of the Temple of the Ocean King, on floor B7. They fire their Arrows at Link while he rides on floating platforms across a large pit. Arrow Traps later appear in the narrow corridors of Doylan's Temple on the Isle of Ruins. The gigantic, mechanical Boss of Mutoh's Temple, Eox, has a series of turrets around its neck which function like Arrow Traps.

Some Arrow Traps are placed near Torches which can cause the Arrows to light on fire, making them even more dangerous or part of a Dungeon's puzzle, as seen in the Forest Temple of Tri Force Heroes.

Arrow Traps reappear in Battle Quest of Nintendo Land in the levels Ganon's Castle Approach and Ganon's Last Stand, where they shoot Arrows just like their appearances in Phantom Hourglass and Spirit Tracks. To deactivate them, the player with the Bow must strike the Shock Switches as fast as they can.