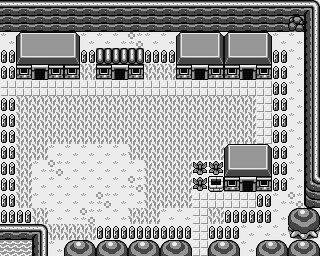 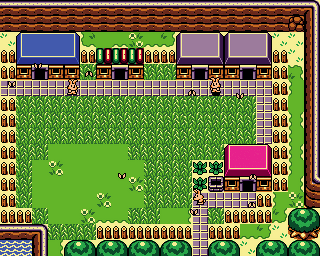 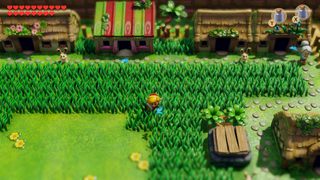 Pineapple, Piece of Heart, "Ballad of the Wind Fish"

Animal Village is a location in Link's Awakening.[1][2] It is a small village of Animals.

The Animal Village is the home of many Animals that live together peacefully. It is located in the southeastern corner of Koholint Island.

The inhabitants consist of Rabbits, Christine, Chef Bear, Schule Donavitch, the Hippo Model, and a Zora. All the Animals seem to be enamored with the singing voice of Marin, who goes with Link to sing the Ballad of the Wind Fish to the inhabitants. When Marin is not there, the Animals constantly remind Link that Marin must come back someday to sing them another Song.

One of the Rabbits mentions that the Animal Village is a sister city to Mabe Village.[3] Its inhabitants are unable to go visit Mabe Village because of the uprising in monster sightings and attacks that spanned the area connecting the two Villages together.[4]

In the Link's Awakening manga by Ataru Cagiva, after learning the "Ballad of the Wind Fish" from Marin, Link decides to help her get to Animal Village so she can sing with her animal friends. Before reaching the Village, Link and Marin get attacked by a group of Moblins and Boarblins. While escaping, they find that the bridge leading to Animal Village is missing. Marin then gets attacked by a club, so Link pushes her and gets hit instead, making him fall from the cliff. As the enemy group drew closer, Link asks Marin to jump, catching her within his arms. Shortly after, both arrive to Animal Village.

After gathering all eight Instruments of the Sirens, Link decides to stop by at Animal Village to play some music for the animals alongside Marin before going to Mt. Tamaranch.