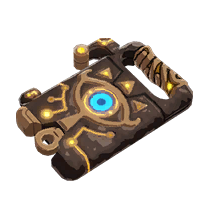 The Ancient memory part can be acquired in the chests that appear after a strong foe is defeated or an Outpost is captured in a Scenario or Challenge with Zelda being one of the selected characters, or when said scenarios and challenges are completed with Zelda being selected.